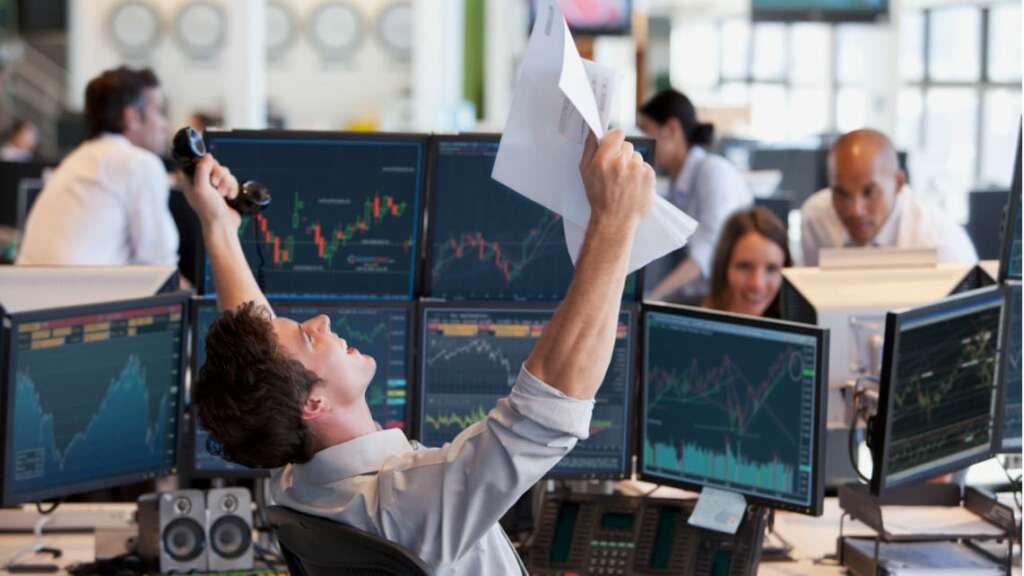 This is a big subject but it may be easier than people think. People make loads of simple mistakes when they invest. The biggest one is being driven by their emotions rather than common sense when taking investment decisions. This leads to people buying when everything seems exciting, which is often near the top and selling when everybody seems gloomy which is often near the bottom.

Newspapers and the media play a key role in this effect because bad news sells papers and as professional communicators journalists turn everything into often scary headlines to grab our attention. Years ago I stopped reading newspapers to try to escape the effect of this overwhelming psychological pressure. I rely on proprietary indicators which help me to stay objective. They work amazingly well and I will talk more about them in future posts. This post is about simple strategies for investment success.

“Remember that the stock market is a manic depressive.”

A famously successful investor called Warren Buffett is known (a) for doing the opposite of emotion driven investing and (b) for taking a very long term approach with his investments. He has become extremely rich. He makes one suggestion for people who are not investment experts, which I will describe below.

In recent years a type of investment known as an ETF (exchange traded fund) has become popular. ETFs are collections of investments which are modelled to track an index. One of the most famous is SPY, which tracks the S&P 500 index, the US equivalent of the UK’s FTSE All Share index. Below is a chart of the S&P 500 index.

As you can see it has a tendency to rise fairly steadily over the years. The rising trend accelerated from the 1950s onwards when the cult of the equity was born and US companies began to focus on growth. We are going through a negative period at the moment, which happens periodically to let excesses out of the system but there is no sign that the long term trend has changed.

A key driver of rising share prices in the 21st century is accelerating technological change and that seems set to continue. So what is Buffet’s simple suggestion for an everyman investment strategy. He thinks we all should buy shares in SPY, the ETF, which tracks the S&P 500 index. An advantage is that because it is what is called a passive fund, not actively managed, it has very low costs. These are 0.09pc and compared with a dividend yield of 1.56pc when I last looked.

Better still is a strategy known as pound or dollar cost averaging where you invest an equal amount every month. This means you buy more shares when prices are lower which keeps your average entry price low. Once the index resumes its climb, which I expect to happen in the early part of next year, you will start racking up useful capital gains.

As a base strategy for many investors I think this one is hard to beat. A more aggressive version is to buy shares in an ETF called QQQ, which tracks the Nasdaq 100 index (chart shown below). This index includes the largest shares quoted on the Nasdaq exchange excluding financial shares.

The attraction of this index is that it is far more weighted to technology and on a steeper growth path. Since it was launched in February 1985 this index is up 90.5 times and has been up more. Over the same period the S&P 500 index is up 23.1 times. So I advise my subscribers following this strategy to buy QQQ, the ETF which tracks the Nasdaq 100, rather than SPY, the ETF which tracks the S&P 500 index.

Intelligent use of leverage to amplify your gains

In my investment alerts (I post several every week) I talk about strategies using leverage to accentuate these gains even more. These are more complex but can deliver astonishing returns with a similar risk profile to the unleveraged strategies. People often shy away from the idea of buying shares with borrowed money but we are talking here about very safe shares (ETFs are bundles of shares but they are also shares themselves, hence the exchange traded description).

Both the S&P 500 and the Nasdaq 100 are collections of shares which reflect the performance of the US economy, still the mightiest in the world. They also have all the advantages of over a century of shareholder capitalism behind them. China has nothing comparable which explains why so many Chinese shares are listed on Nasdaq or sometimes in Hong Kong where there is a similar history of shareholder capitalism.

These advantages embrace many things like listing requirements, accounting standards and a philosophical acceptance of capitalism as the best way to generate wealth for everybody. China is way behind on all these things which is why hardly anybody except Chinese people buys Shanghai listed shares.

The analogy I often used for buying such safe shares as these two ETFs with borrowed money is buying a house with a mortgage, which most people are happy to do. The value of a house ultimately depends on the performance of the underlying economy. If the S&P 500 and the Nasdaq 100 stopped rising eventually house prices would do the same. There is no sense in which a house price is somehow safer than the US economy; that is where the safety comes from. So buying these shares with a mortgage, as it were, makes sense. Both incidentally are hedges against inflation.

What also makes sense is not to go mad with the leverage. You can keep that as low as you like if you buy CFDs on IG. I know, CFDs sound complicated but think of them as identical to shares but with no stamp duty to pay when you buy them and the complication goes away.

People often don’t realise how dynamic these US indices are. I don’t know what the constituents of the S&P 500 were in 1871. What I do know though is that, in December 2021, 27.8pc of the index was accounted for by Apple, Microsoft, Alphabet, Amazon.com, Tesla, Berkshire Hathaway, UnitedHealth Group, Johnson & Johnson and ExxonMobil. I don’t suppose any of these companies existed in 1871 and most of them would not have existed in 1928 when the index was officially constituted. I presume some kind of backtracking has been done to calculate the index back to 1871.

QQQ3 is very volatile. Since the peak in January 2022 the shares are down from around $270 to $64 which hurts. But in the longer term that volatility can be turned into an advantage. At the end of the day this ETF will track the performance of the Nasdaq 100 index which tracks the performance of the most dynamic companies in America. It is highly likely that it will go on to reach new highs as it has done repeatedly in the past. If it does shares bought at lower prices as part of a $-cost averaging programme will prove highly profitable.

Even now, after falling so far, QQQ3 shares are up approaching 20 times on their level as recently as 2013. There are other ETFs like this quoted in the US such as TECL, which tracks the performance of a bundle of technology shares times three and SOXL, which tracks a bundle of semiconductor shares times three. TECL shares are up 78 times since 2009 even despite having dropped from $91 to $27 in the bear market. SOXL shares are up 20 times since 2010 despite falling from $74 to $12 in the bear market.

Semiconductor shares are notoriously cyclical and by all accounts we are in a down cycle now but they will go up again and most likely shares bought during this bear phase will prove highly profitable purchases in the future.

Incidentally, if you like the idea of buying ETFs tracking technology shares or semiconductor shares but don’t like the idea of leverage, there are unleveraged versions, which still perform very well over time.

A feature of the 21st century is that investors are having to live with greater volatility. We saw this early on when Amazon shares peaked at $5.70 (adjusted for share splits) in December 1999 and then fell as low as 28 cents in the subsequent bear market. Incredible to think that they are now over $94 and have been higher.

When it comes to individual shares I have different strategies to deal with this volatility. We need to think about timing of purchases and sales and this is a subject with which I will deal in future posts. For ETFs the best way to deal with this volatility is some form of $-cost averaging which should result in impressive gains over the long haul.

In my own case I began a programme of buying QQQ3 shares when the price was around $220. My timing could hardly have been worse but thanks to subsequent purchases my average cost is around $80 and if the price keeps falling I will track it lower with further purchases in the expectation that I will win handsomely in the end.

I may also use my indicators to tell me when to make some more aggressive purchases but again I will talk about that in future posts. I don’t want to overload you with information. What I do want you to understand is that simple strategies in the stock market, such as say investing £100 monthly in an important index tracker like SPY, can safely deliver excellent returns for a patient long-term investor. I also want you to know that there are variations on this base strategy to combine more risk with higher returns.

Just to give you an idea of the returns on offer, the S&P 500 has delivered a return of 11.82pc since its formation in 1928 through to December 2021. This return will be much higher than the returns from other parts of the world such as the UK, Europe or Japan. The dynamism of the American economy is one of the wonders of the world and the good news is that it has never been easier to buy US shares or to amplify your gains with leveraged strategies.

If you want to keep in regular touch with what I am saying about the stock market you will need to become a subscriber (£24.99 a month or a discounted £249.99 a year). For this you will get regular alerts, my best effort based on my indicators, to ring a bell when the next bull market begins and my selections of shares to buy which meet my demanding 3G (great growth, great story, great chart) criteria. 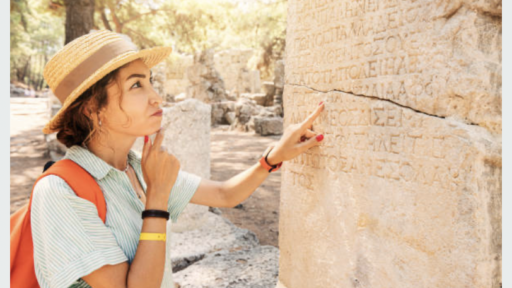 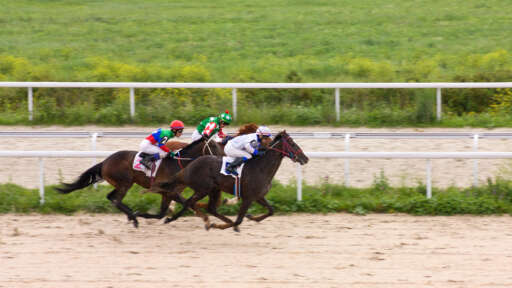 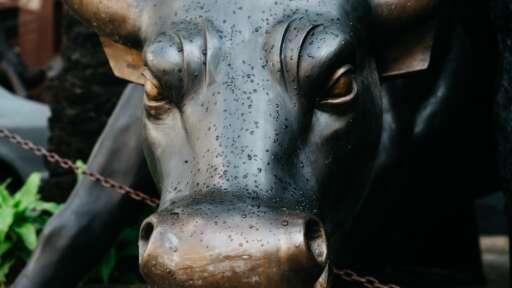 Bull and Bear Markets – What do they mean? 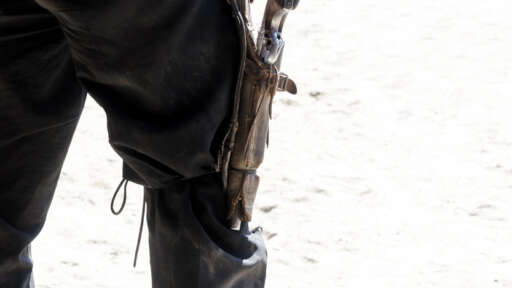